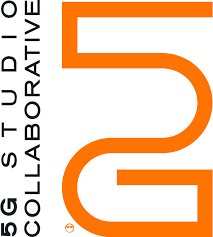 5GStudio_collaborative started in 2005 with the goal of expanding design beyond traditional architectural practices. Among numerous honors and awards, Architect Magazine has included the firm in the Top 50 design firms in the country for two consecutive years. Partner and Co-founder Yen Ong has overseen all of 5G’s portfolio including some of the firm’s projects in Vietnam, China, Mexico, and Indonesia. The Jakarta native studied in Indonesia, Singapore, and Italy before earning his Bachelor of Architecture degree at Kansas State University: he has an international, intercultural perspective on design. He founded the firm with partners Hoang Dang and Scott Lowe.

Their relocation to 1217 Main is an exciting facet of their own corporate growth, and of the vitality of their home city, as this landmark building has been transformed into a work of art in the heart of Dallas for all to enjoy,” said Scott Lowe partner and co-founder of 5G Studio Collaborative.  “We are inspired by the expanded, new and even more high- function space we will have as colleagues to continue their important work for clients and communities.”

Featured Projects –
Overseen by Ong is the Omni Dallas Hotel, a LEED Gold-certified establishment. 5G served as the design architect, while BOKA Powell served as the architect of record. The hotel is a whopping one million-square-feet project that has over a thousand rooms. The building sits on a four-story podium with east and west towers facing the sun. Ever since it was completed a decade ago, The Omni Hotel has lit up the Dallas skyline with neon lights that outline its façade. Many tourists notice The Omni’s bright lights when flying over on a dark night. The project has received many awards that include three 2012 Distinguished Building Awards and a 2012 Vision Award from the TEXO Construction Association.

ABOUT US
Business Reviewz is the best platform for the brands to build trust over new prospect and improve their services based on their customers reviews.
Contact us: info@businessreviewz.com
© Copyright © 2020 WordzPower. All rights reserved.
MORE STORIES